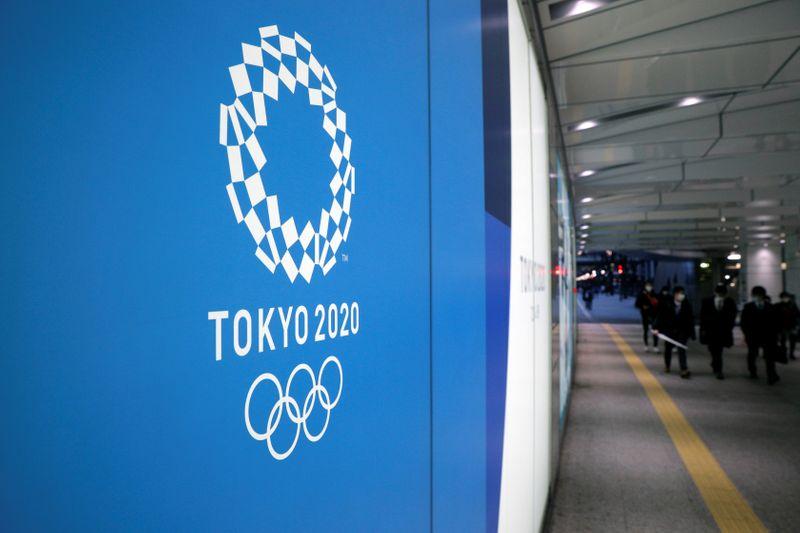 TOKYO (Reuters) – Japan is not making any preparations to postpone the 2020 Summer Olympics, the government’s top spokesman said on Wednesday, stressing Tokyo’s resolve to host the event as scheduled despite the widening coronavirus outbreak.

FILE PHOTO: A man wearing a protective mask, following an outbreak of the coronavirus disease (COVID-19), walks in front of an advertising billboard of Tokyo Olympics 2020, near the Shinjuku station in Tokyo, Japan, March 15, 2020. REUTERS/Stoyan Nenov

Chief Cabinet Secretary Yoshihide Suga said the government would continue with preparations to hold the July 24-Aug. 9 Games as scheduled, working closely with organizations like the International Olympic Committee (IOC).

“We’re not making any adjustments to postpone the Games,” Suga told parliament when asked by a lawmaker whether the government was making plans to cancel or postpone the event.

His comments come amid mounting concerns about whether the Games can proceed as planned, with the rapidly spreading virus panicking financial markets and bringing business and social activity around the world to a standstill.

Japanese Prime Minister Shinzo Abe said on Tuesday that Group of Seven leaders had agreed to support a “complete” Olympics, but dodged questions about whether any of the leaders had brought up the possibility of postponement.

The IOC has remained committed to staging the Tokyo Games as planned, saying on Tuesday after a meeting with international sports federations that measures against the virus were delivering results.

But it is facing growing voices of dissent from top athletes worried about their health. The new coronavirus has so far killed more than 7,500 people and infected about 200,000.

Most Japanese firms trust the Tokyo Games will go ahead as planned, a Reuters poll found, but two-thirds are already bracing for the domestic economy to contract by at least 1% if the epidemic triggers a cancellation.

Even if Japan can contain the coronavirus outbreak, the Summer Olympic Games “would not make sense” if other countries cannot send their athletes, Japanese Deputy Prime Minister Taro Aso said on Wednesday.

“As the prime minister said, it’s desirable to hold the Olympics in an environment where everyone feels safe and happy. But that’s not something Japan alone can decide,” Aso, who is also Japan’s finance minister, told parliament.