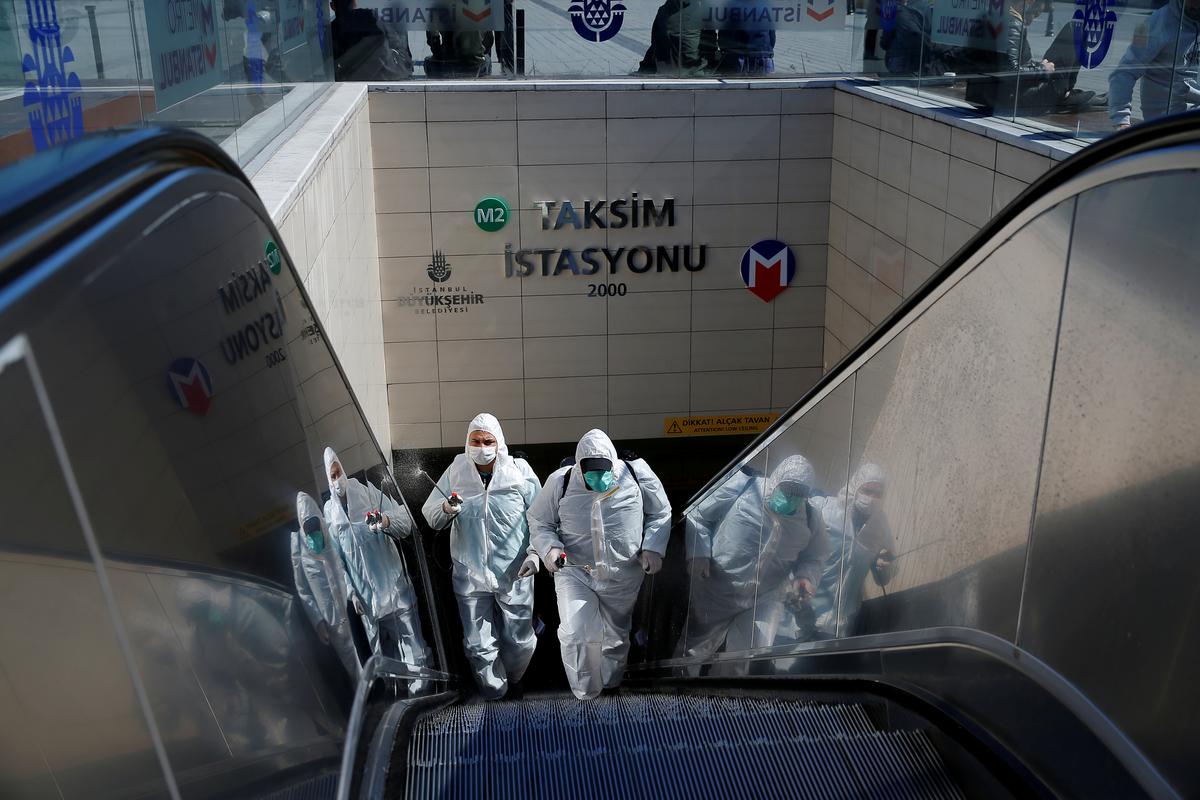 ANKARA (Reuters) – Turkey confirmed early on Wednesday its first death related to the coronavir1us and the country more than doubled its confirmed cases to 98, from 47 a day earlier.

Health Minister Fahrettin Koca told a press conference that an 89-year old died after contracting the virus from someone who had contact with China, the epicenter of the global outbreak.