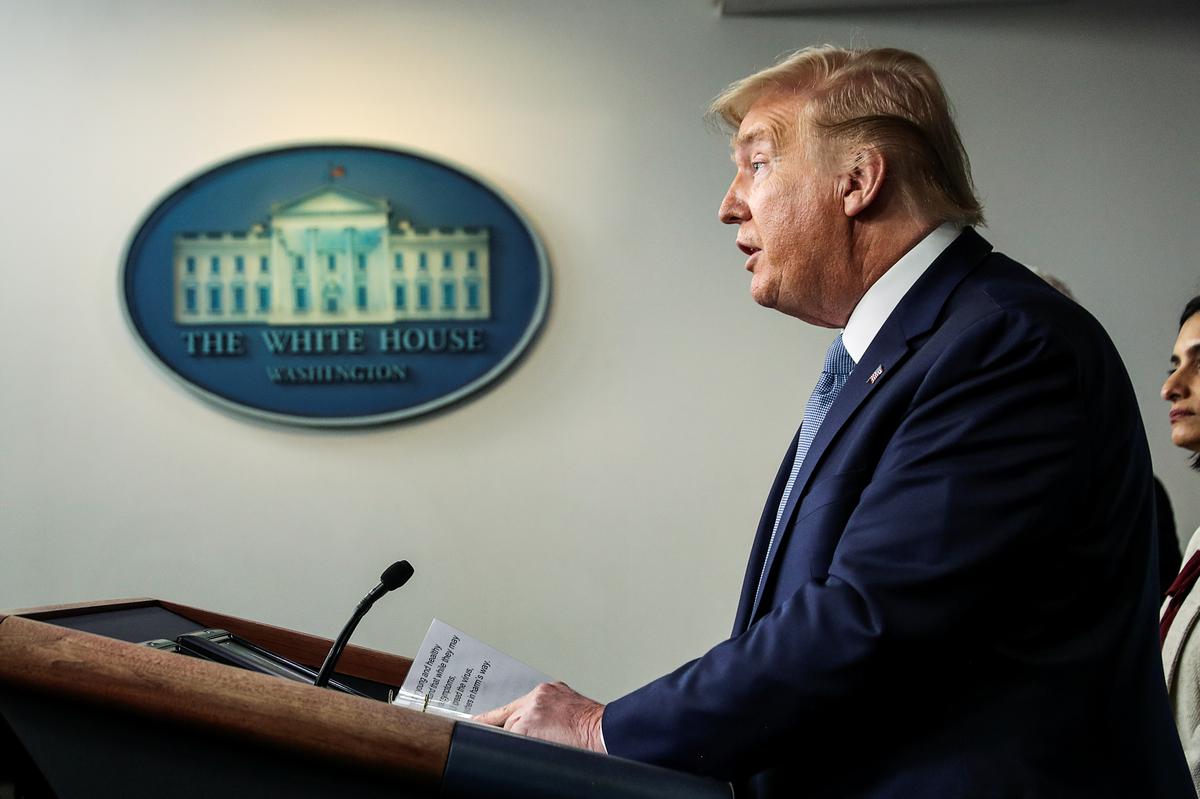 WASHINGTON (Reuters) – President Donald Trump urged Americans on Monday to halt most social activities for 15 days and not congregate in groups larger than 10 people in a newly aggressive effort to reduce the spread of the coronavirus in the United States.

Announcing new guidelines from his coronavirus task force, the president said people should avoid discretionary travel and not go to bars, restaurants, food courts or gyms.

As stocks tumbled, Trump warned that a recession was possible, a development that could affect his chances of re-election in November. The Republican president said he was focused on addressing the health crisis and that the economy would get better once that was in line.

The task force implored young people to follow the new guidelines even though they were at lesser risk of suffering if they contract the virus. Older people, especially those with underlying health problems, are at the greatest risk if they develop the respiratory disease.

“We’ve made the decision to further toughen the guidelines and blunt the infection now,” Trump told reporters at the White House. “We’d much rather be ahead of the curve than behind it.”

Reporters staggered their seating, sitting in every other seat in the White House briefing room, to follow social distancing measures.

Trump said the worst of the virus could be over by July, August or later. He called it an invisible enemy.

“With several weeks of focused action, we can turn the corner and turn it quickly,” he said.

The president has taken criticism for playing down the seriousness of the virus in the early days of its U.S. spread. On Monday, when asked, he gave himself a good grade for his response.

Trump said a nationwide curfew was not under consideration at this point.

Normally a cheerleader for the U.S. economy, he acknowledged the possibility of a recession while brushing off another dramatic decline on stock markets as investors worried about the virus.

“The market will take care of itself,” Trump said, adding it would be very strong once the virus was handled. The president has long considered soaring stock markets to be a sign of his administration’s success.

Trump said the administration had talked regularly about domestic travel restrictions but hoped not to have to put such measures in place.

He said he thought it would still be possible for G7 leaders to meet at the Camp David retreat in Maryland in June. Trump upset European countries, which make up a large part of the G7, by instituting travel restrictions from European countries without consulting with them first.