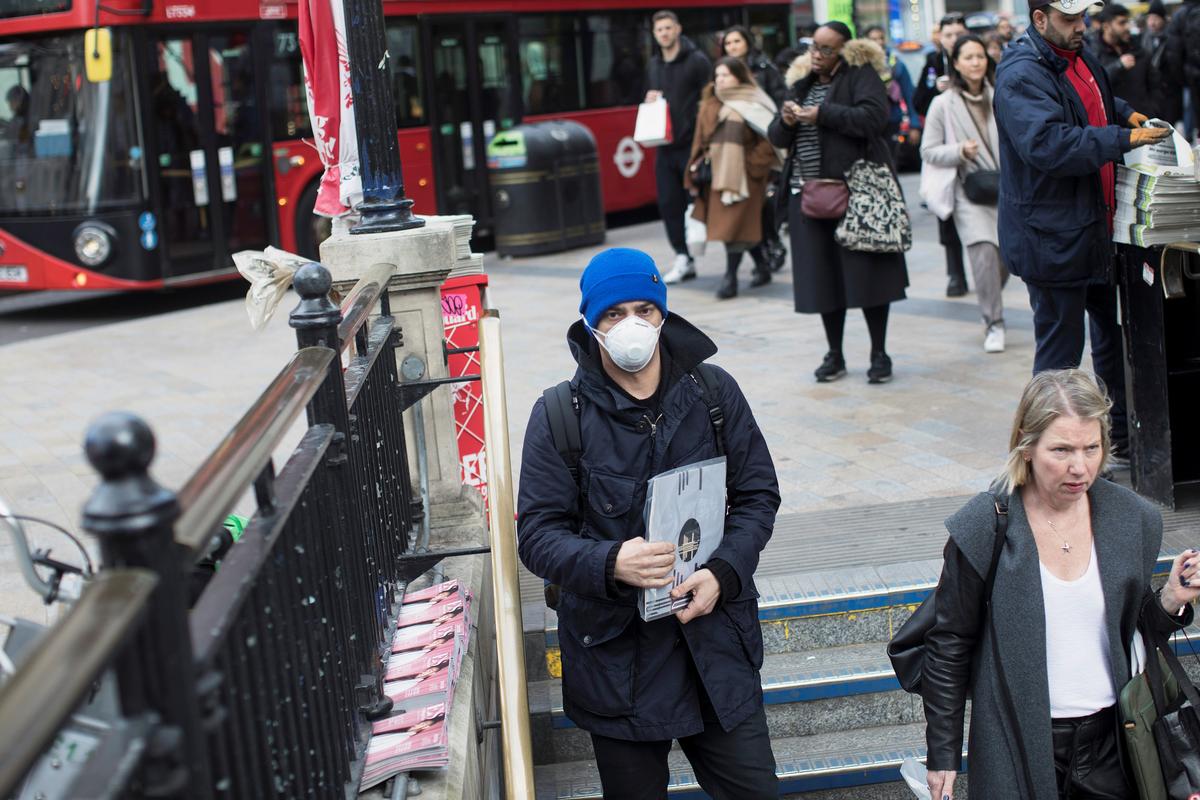 A man wears a protective mask as he walks into Oxford Circus underground station in London, Britain March 13, 2020. REUTERS/Simon Dawson

LONDON (Reuters) – Britain’s government will ban mass gatherings from next week in an attempt to curb the coronavirus outbreak, an escalation of its crisis plan which critics had said was too relaxed.

Prime Minister Boris Johnson has so far resisted pressure to take some of the stringent measures adopted by other European countries to slow the spread of the virus.

“Ministers are working with the chief scientific adviser and chief medical officer on our plan to stop various types of public events, including mass gatherings, beginning next week,” a government source said.

On Friday, England’s soccer Premier League suspended all matches until April 4 and other events such as the London Marathon were postponed by their organisers.

Britain’s Queen Elizabeth, 93, has cancelled some public engagements for next week due to the coronavirus outbreak, Buckingham Palace said on Friday, and Johnson has postponed May’s local and mayoral elections in England for a year.

The government source said legislation would be published next week to give the government powers to deal with the coronavirus outbreak, including to stop mass gatherings and compensate organisations.

British media said the ban on mass gatherings could affect events such as the Glastonbury music festival, the Wimbledon tennis championships and the Grand National horse race.

Scotland’s devolved government said on Thursday all large gatherings above 500 people should be cancelled to help emergency services to focus on the coronavirus outbreak.

Reporting by Roshan Abraham in Bengaluru and William Schomberg in London; Editing by Kirsten Donovan