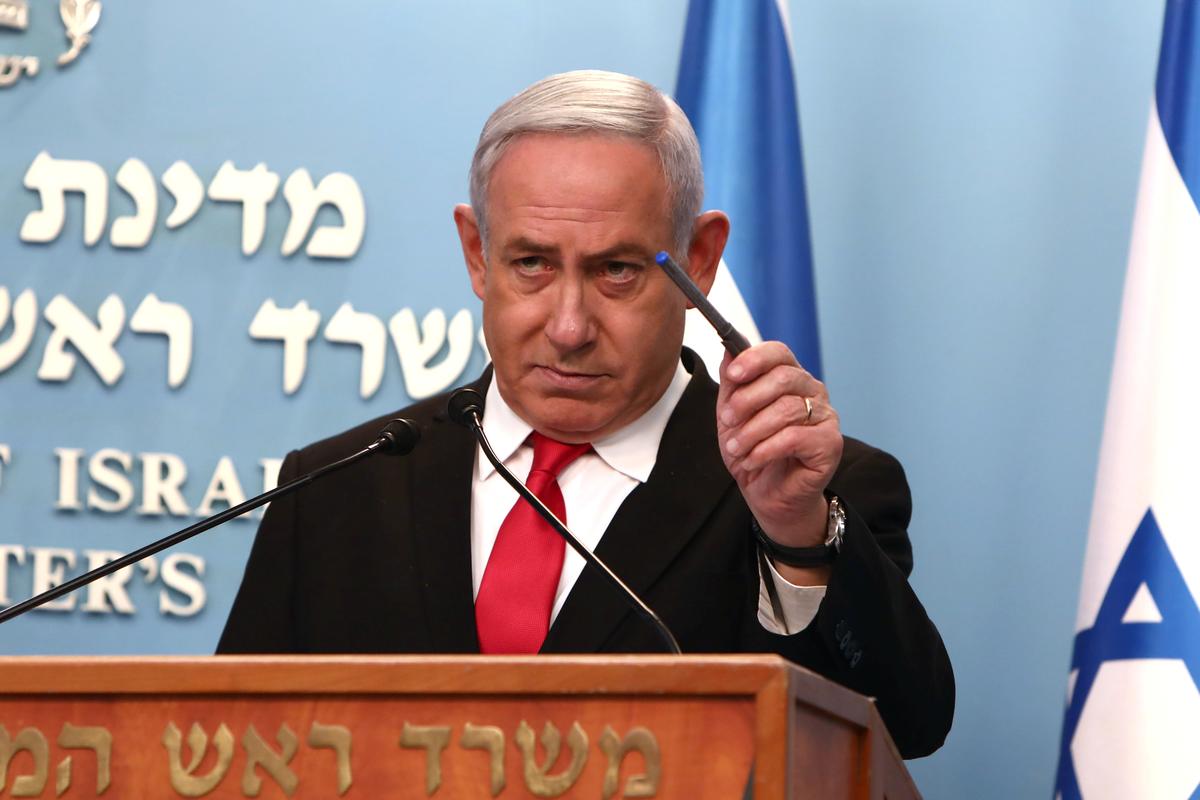 Israeli Prime Minister Benjamin Netanyahu gestures as he delivers a speech at his Jerusalem office, regarding the new measures that will be taken to fight the coronavirus, March 14, 2020. Gali Tibbon/Pool via REUTERS

JERUSALEM (Reuters) – Israel will shut malls, hotels and restaurants in a partial shutdown of its economy starting on Sunday and use anti-terrorism tracking technology to minimize the risk of coronavirus transmission, Prime Minister Benjamin Netanyahu said.

Subject to cabinet approval, anti-terrorism monitoring tools will be deployed to locate people who have been in contact with those carrying the virus, Netanyahu told a news conference in Jerusalem on Saturday.

“We will very soon begin using technology … digital means that we have been using in order to fight terrorism,” Netanyahu said. He added that he asked for Justice Ministry approval because those measures would infringe patients’ privacy.

“The enemy is invisible but we must locate it,” Netanyahu said.

To minimize infection, malls, hotels, cafes, restaurants and theaters will shut down, employees should not go to their workplaces if not necessary, while vital services, pharmacies, supermarkets and banks will continue to operate.

The Israeli military said all its troops have been ordered back to their bases on Sunday morning and that combat soldiers should prepare for a lengthy stay at their bases with no leave for up to a month.

A total of 193 people have tested positive for the virus so far in Israel with no reported fatalities, according to the Israeli Health Ministry. Many of the confirmed cases had been on international flights in the past two weeks.

The latest coronavirus measure follows a series of tightening restrictions imposed by Israel to contain the virus, including the closure of most schools, a 14-day self-isolation for anyone arriving from abroad and limiting gatherings to 100 people. Tens of thousands of Israelis are presently quarantined.