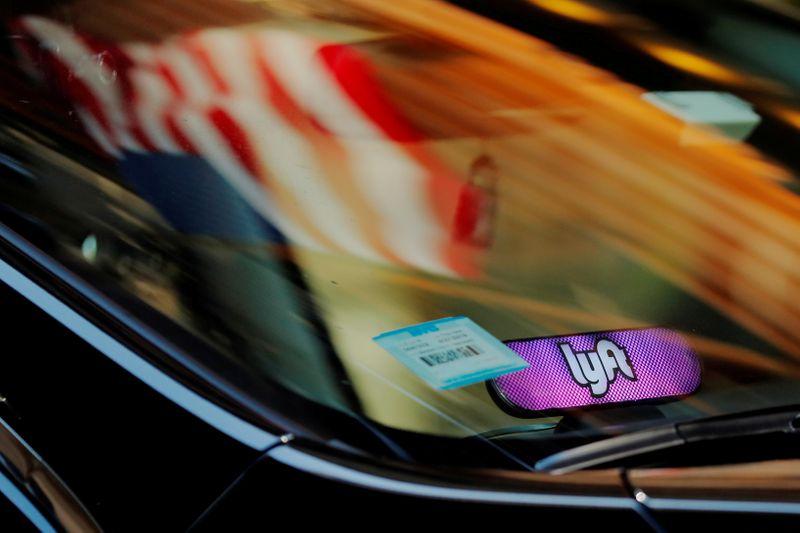 (Reuters) – Ride-hailing services are increasing carbon emissions, with such trips creating more pollution than comparable private car rides and drawing passengers away from public transportation, according to a study released on Tuesday that examined the impact on seven U.S. cities.

A car with a Lyft logo in its window drives down a street as the company prepares for its upcoming IPO in New York, March 19, 2019. REUTERS/Lucas Jackson

The report by the Union of Concerned Scientists, a non-profit advocacy group, called on companies like Uber Technologies Inc and Lyft Inc to electrify their fleets, increase the share of pooled rides and improve connections to public transit hubs.

Several studies over the past two years have found that ride-hailing contributes to growing inner-city congestion, with fewer people taking public transportation and no decrease in private car ownership.

The study represents the first attempt to quantify the pollution created by ride-hailing. Researchers found that, on average, a solo ride-hailing trip emits nearly 50% more carbon dioxide than one in a private vehicle.

Uber in a statement did not comment on the report but said it wanted to be part of the solution to address climate change by working with cities, adding that it would continue to promote pooled trips and other means of transportation.

Lyft in a statement said the report made misleading claims about ride-hailing, with the company encouraging shared rides and electric vehicles.

Both companies run a fleet of electric scooters and bikes and have begun integrating public transit information into their apps. They also promote vehicle electrification in some cities.

A pooled ride-hailing trip, during which multiple passengers share one car, emits nearly the same amount as a private car ride, according to the study. Currently only 15% of all U.S. ride-hailing trips are shared, Tuesday’s study found.

While cars in ride-hailing fleets are newer and provide greater fuel efficiency than the overall vehicle fleet, the uptick in emissions is the result of significant time drivers spend “dead-heading” without a passenger.

Time spent waiting for and driving toward a pickup accounts for about 42% of all ride-hail driving activity, on average.

Ride-hailing also emits nearly 70% more carbon dioxide than trips that passengers would have otherwise taken by bus, train, bike or walking, the study found, based on consumer surveys.

Uber and Lyft have said studies routinely overstate their role, with the bulk of traffic caused by private and commercial vehicles.