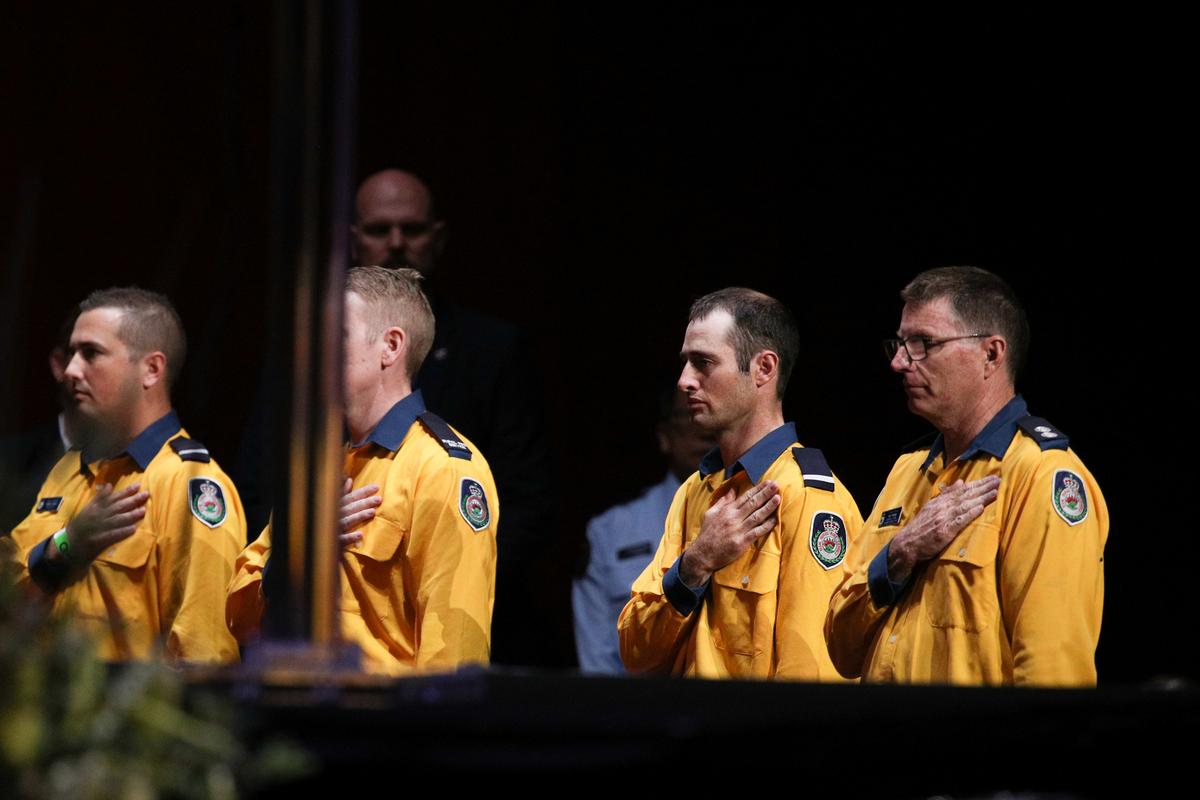 MELBOURNE (Reuters) – Families, firefighters and politicians gathered in a solemn public ceremony in Sydney on Sunday to honor the 25 people killed in recent bushfires that tore through the country’s most populous state.

The bushfires, which lasted from September until torrential rains hit earlier this month, killed 33 people and a billion native animals nationally and destroyed 2,500 homes and a wilderness area the size of South Korea.

The damage was most devastating in New South Wales state. Among the 25 people killed there were 19 civilians, three local volunteer firefighters and three U.S. firefighters.

Australian Prime Minister Scott Morrison, who thanked those who fought the blazes and honored those who died, spoke of “children kissing the coffins of their fathers” and “mothers who should have never had to bury their children”.

He told the public, gathered around lit candles, of “a summer where the dark sky turned black and sunsets only signaled another night of terror, where the fire crashed on our beaches from the bush that surrounded them”.

Morrison has drawn public anger for his refusal to directly link the bushfires to climate change, insisting removing flammable vegetation is “just as important, if not more”.

His management of the fires also came under criticism over the unusually prolonged summer wildfire season, when he was forced into a rare public apology for taking a holiday to Hawaii.

Last week, he said Australia would conduct a wide-ranging inquiry into the causes of the fires.

NSW Rural Fire Service Commissioner Shane Fitzsimmons, who played a very public role during the crisis, said the season will be remembered as one of the most challenging, in which the loss of life was enormous.

“Each one of those is a story of grief, of profound loss, and great sadness, of lives cut short, and of families being changed forever,” Fitzsimmons said.

Six pairs of boots were placed to symbolize the lives of the three Australian volunteers and the three U.S. firefighters who died in NSW.