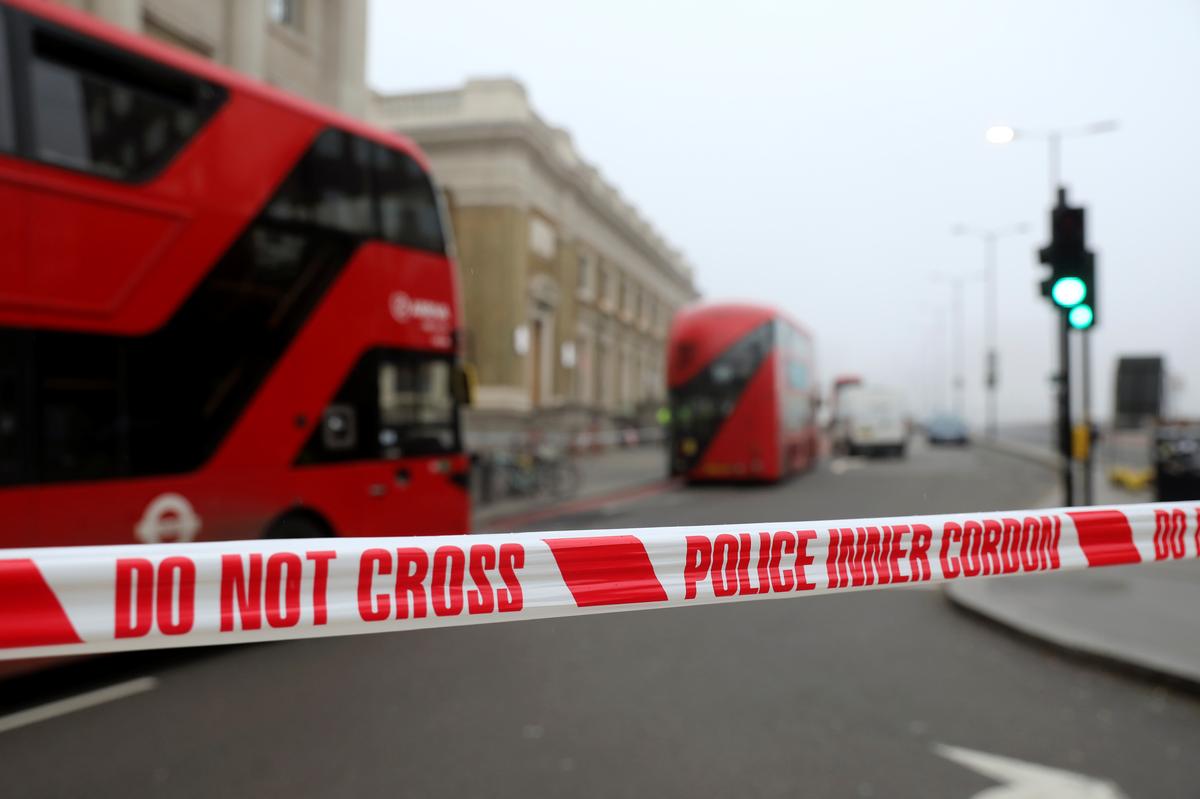 LONDON (Reuters) – Nine years before Usman Khan killed two people in a stabbing spree on London Bridge, he was overheard by British security services discussing how to use an al Qaeda manual he had memorized to build a pipe bomb.

It was a snippet of conversation, along with other intelligence about a plot to bomb the London Stock Exchange, that prompted British police to arrest Khan – then 19 years old – and a group of older men on Dec. 20, 2010.

On Friday, he strapped on a fake suicide vest, armed himself with large kitchen knives and went on the rampage at a conference on prisoner rehabilitation beside London Bridge.

Confronted by bystanders, including a Polish man brandishing a narwhal tusk he had grabbed from the wall of Fishmongers’ Hall, Khan was wrestled to the ground. Three armed police officers surrounded him. They fired twice. He was dead.

“This individual was known to authorities,” said Britain’s top counter terrorism officer, Assistant Police Commissioner Neil Basu. “A key line of enquiry now is to establish how he came to carry out this attack.”

It is so far unclear why Khan, now 28, began his rampage on London Bridge – the scene of another deadly attack before the 2017 election. Then, three militants drove a van into pedestrians before stabbing people in the surrounding area, killing eight and injuring at least 48.

Islamic State said its fighters were responsible for the 2017 attack, but the British authorities have cast doubt on those claims.

Khan, a British man whose family hails from Pakistan-controlled Kashmir, was radicalized by internet propaganda spread by Al Qaeda in the Arabian Peninsula, and in particular by militant Anwar al-Awlaki.

Awlaki, identified by U.S. intelligence as “chief of external operations” for al Qaeda’s Yemeni branch and a Web-savvy publicist for the Islamist cause, was killed in a CIA drone strike in 2011.

Khan was part of a group of militants from the English city of Stoke which forged close links with militants from London and the Welsh capital Cardiff.

The London and Welsh parts of the conspiracy had ambitions to place a bomb in a toilet at the London Stock Exchange.

While Khan knew and supported the bomb plans, and had discussed bombing local pubs, he and his Stoke group had hatched a potentially more sinister plan: a camp beside a mosque in Kashmir to train jihadist militants.

“The Stoke group was, and was considered to be, pre-eminent,” British judge Alan Wilkie said when he sentenced Khan in 2012. “They regarded themselves as more serious jihadis than the others.”

Khan had been intending to travel to the camp to perfect his skills, including firearms training and to carry out attacks in Kashmir.

“It was envisaged by them all that ultimately they, and the other recruits, may return to the UK as trained and experienced terrorists available to perform terrorist attacks in this country,” Wilkie said.

DANGER TO THE PUBLIC?

When sentencing Khan in 2012, Wilkie said that he was so dangerous that he was imposing a so-called imprisonment for public protection (IPP) indeterminate sentence of eight years.

“The long, monitored, discussions of Usman Khan about the madrassa (training camp) and his attitudes toward it and terrorism are highly eloquent of the seriousness of their purpose,” Wilkie said.

In effect, it meant he would remain incarcerated as long as he was considered to be a danger to the public and that the parole board should assess whether he should be released.

But in 2011, then-Conservative Prime Minister David Cameron announced a review of the IPP sentencing. The IPP was abolished in 2012.

After Khan appealed his sentence, appeal court judges in 2013 quashed the indeterminate period of incarceration and he was given a determinate sentence of 16 years – meaning he could be released after serving half of his term.

Court of Appeal judges said at the time that the Parole Board should consider whether those convicted were safe enough to be released. But the Parole Board said on Saturday that it had not been involved in deciding Khan’s release.

Police cordon is seen at the scene of a stabbing on London Bridge, in which two people were killed, in London, Britain, November 30, 2019. REUTERS/Simon Dawson

“The Parole Board can confirm it had no involvement with the release of the individual identified as the attacker,” the board said, adding that Khan “appears to have been released automatically on license (as required by law), without ever being referred to the Board.”

“It does not make sense for us, as a society, to be putting people convicted of terrorist offences, serious violent offences, out on early release,” he said on Saturday after visiting the scene of the attack.