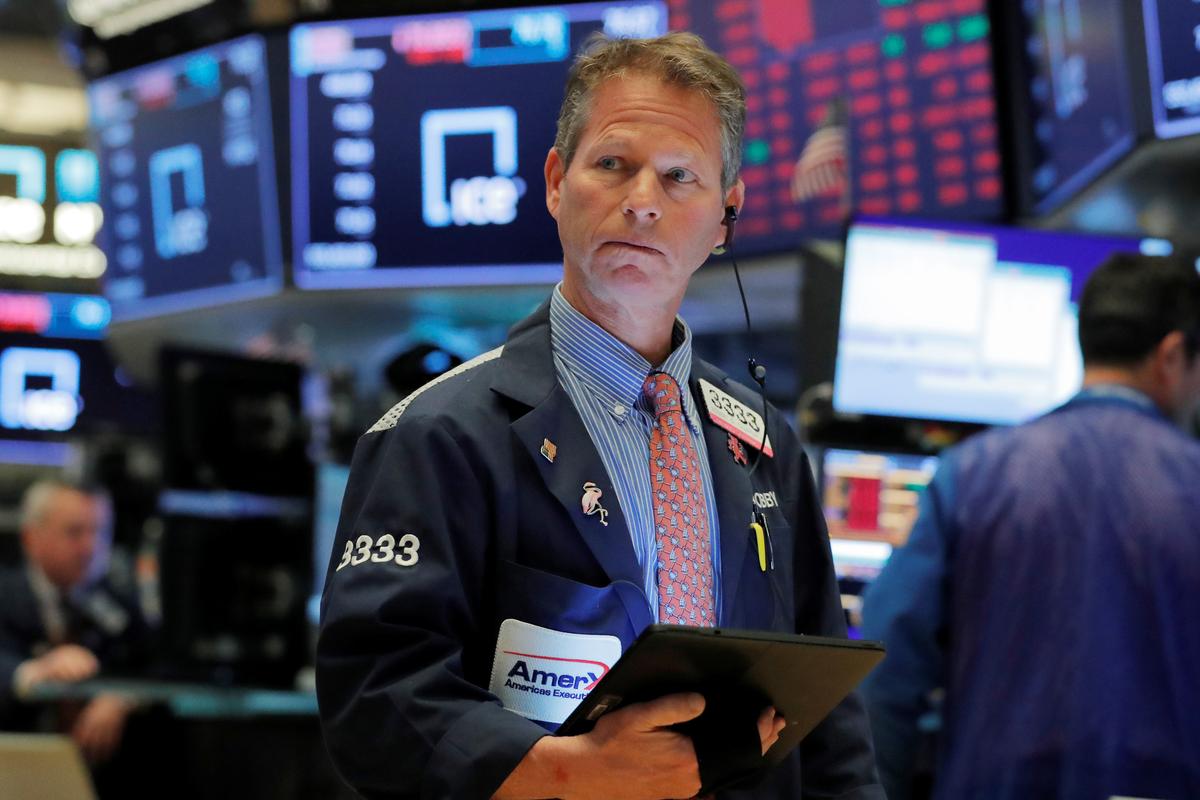 In Europe, early 1.5.% to 3% gains in London, Frankfurt and Paris were quickly wiped out as airline and travel stocks .SXTP suffered a 6.5% drubbing.

The dollar recouped some lost ground against the safe-haven Japanese yen . Oil gave up attempted gains after Brent’s drop below $30 a barrel on Monday.

“We saw quite a staggering drop yesterday, so it might just be a bit of calm after that storm,” said Rabobank analyst Bas Van Geffen. “But we are not sure.”

MSCI’s broadest index of Asia-Pacific shares .MIAPJ0000PUS and Japan’s Nikkei .N225 both finished steady. South Korea .KS11 finished down 2.4%, however, and the Philippines became the first country to suspend all trading over the virus.

Some $2.7 trillion in market value was wiped from the S&P 500 on Monday as it suffered its third-largest daily percentage decline on record. Over the past 18 days, the benchmark index has lost $8.3 trillion. World stocks .MIWD00000PUS have hemorrhaged over 15 trillion.

“The focus is shifting to the fiscal response to the virus. We’re locked in a pattern where markets bounce and then resume falling.”

A trader works on the floor of the New York Stock Exchange shortly after the opening bell in New York, U.S., March 16, 2020. REUTERS/Lucas Jackson

Gold, which is normally bought as a safe haven, extended declines on Tuesday as some investors chose to sell whatever they could to keep their money in cash.

The U.S. Federal Reserve stunned investors with another emergency rate cut on Sunday, prompting other central banks to ease policy in the biggest coordinated response since the global financial crisis more than a decade ago.

Investors, however, are worried that many have used up their ammunition and that more draconian restrictions on personal movement are necessary to contain the global coronavirus outbreak.

Group of Seven finance ministers are expected to hold a call on Tuesday night. Markets want to see public health progress as well as fiscal stimulus.

“I think the priorities of the governments around the world will probably move away from economic growth towards containing the virus,” said Jim McCafferty, Nomura’s joint head of APAC equity research.

“Safety of national citizens might become a bigger priority. But with that they want to keep the economies in a working situation.”

Traders are also looking to data due later, which is forecast to show German investor sentiment tumbled in March.

The United States will release retail sales and industrial production for February, but that is unlikely to reflect the impact of the coronavirus just yet.

Some investors say markets will not settle unless the U.S. government announces a big fiscal spending package to match the Fed’s rate cuts and efforts to keep credit markets functioning.

Others say liquidity in some financial markets is starting to fall because there’s such a high degree of uncertainty, meaning even some of the usual safe havens may not be that safe.

In the currency market, the dollar rose 0.5% to 106.40 yen JPY=EBS, after a 2% decline the day before, when the Fed’s rate cut rippled through financial markets.

Long-dated German bond yields have jumped 50 basis points from record lows hit just over a week ago. Borrowing costs in France and Spain have hit their highest since last May.