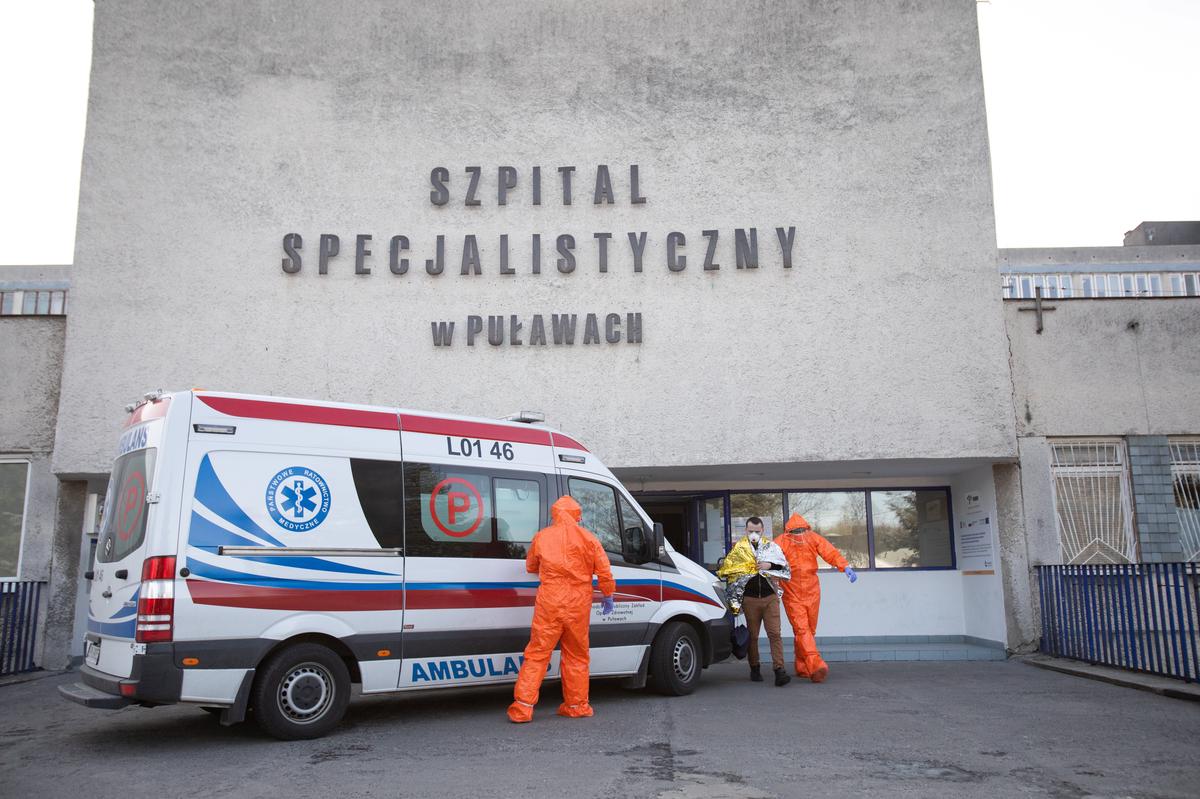 WARSAW (Reuters) – The European Union should scrap its Emissions Trading System or exempt Poland from the scheme, which helps combat global warming, to free up funds for Warsaw to fight the effects of the coronavirus, a senior Polish official said.

Emergency workers help a man as they arrive to a hospital dedicated for coronavirus (COVID-19) patients in Pulawy, Poland March 16, 2020. Jakub Orzechowski/Agencja Gazeta via REUTERS

Under the ETS, the EU charges for the right to emit carbon dioxide. European power generators, industrial emitters and airlines running flights within the EU must buy permits to cover their emissions.

“The results of fighting coronavirus will be painful. It is obvious that countries will be looking for extra money to help their business and citizens,” Janusz Kowalski, Deputy Minister of State Assets, told Reuters on Tuesday.

“Poland and other countries should take care of the climate on their own, and the ETS should be removed from 1 January, 2021, or at least Poland should be excluded from the system.”

The coronavirus has killed five people and infected 205 in Poland, which has barred foreigners from entering, shut schools and capped public gatherings at 50 people.

Kowalski suggested the government could discuss the proposal after the coronavirus has peaked.

“This will be the time for taking various unconventional, political decisions on all levels,” Kowalski said.

Poland generates most of its electricity from coal. Kowalski said he would expect other states in central and eastern Europe to support the proposal.

Poland is the only EU state that refused at a December summit to commit to climate neutrality by 2050.

But the Czech prime minister said on Monday the EU should focus for now on fighting the coronavirus rather than its “Green Deal” policy package to tackle climate change, and Kowalski said he agreed.

Asked about Kowalski’s remarks, the EU executive, the European Commission, said it could not speculate on the potential implications of COVID-19, the respiratory illness the virus causes, in individual policy areas.

“While our immediate focus is on combating COVID-19, our work on delivering the European Green Deal continues. The climate crisis is still a reality and necessitates our continued attention and efforts,” a Commission spokesman said.