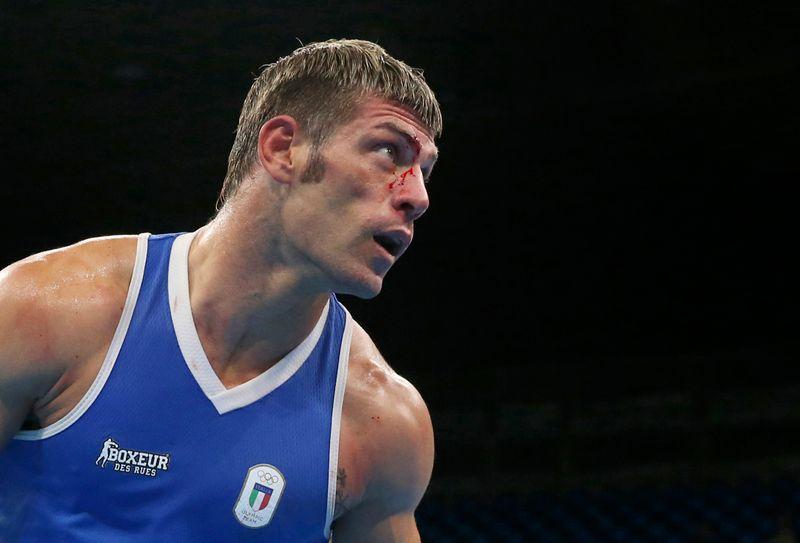 The 37-year-old two-times world champion, seeking to fight at a fifth Games, told his 130,000 followers on Instagram that ‘bad digestion’ had kept him stuck in his room for the past 24 hours.

“I’ve tried to train, I’ve tried to react but I am somewhat weakened and they will not let me fight,” said Russo, whose coach cited an abdominal problem, according to the event organizers.

The sparsely-attended qualifying tournament at London’s Copper Box involves 342 male and female boxers from 43 countries and is one of few sporting events going ahead on a calendar ravaged by the coronavirus.

Italy is in lockdown as the European country worst hit by the fast-spreading virus but Russo and the Italian boxing team have been training in Britain for several weeks.

Russo said his dreams were not over, with one more European qualifying tournament scheduled for Paris from May 13-20. Whether that happens in the current climate remains to be seen, however.

Clarke, a former sparring partner of professional heavyweight world champion Anthony Joshua, was given a walkover.

The 28-year-old is making his third attempt to qualify for a Games after losing out to eventual gold medallist Joshua in 2012 and Joe Joyce in 2016.

British lightweight Caroline Dubois, a junior world and Olympic champion who started in boxing pretending to be a boy called Colin, won her first senior fight by outpointing Ala Staradub of Belarus.

The Finn, a 39-year-old mother of two who sparred with Dubois at a training camp in Colorado in January, has a bye to the second round.

“It was an alright fight, I’ll give it a C, I could have done a lot better but obviously there was a lot of pressure that was built up,” said Dubois of her debut.

“Even though Mira is number one seed, she has only got two hands, two legs and one brain. If I can’t beat her, I can’t ever say I will be the best.”

The Briton started boxing at nine, following her brother to Repton amateur boxing club, but had to hide her gender.

“Back then most boxing clubs in England didn’t really approve of female boxing,” she told Reuters. “Repton at the time didn’t allow female boxers so I had to say I was Colin.”

The subterfuge lasted for months until she had to get a medical for her first real bout.

“It was funny because whenever my dad used to call me, he wasn’t very good at it and would always say ‘Caroline’ and nobody else picked up on it,” she added.

“Some people did actually say ‘that boy, he looks like a girl’ but everyone else just turned a blind eye.”