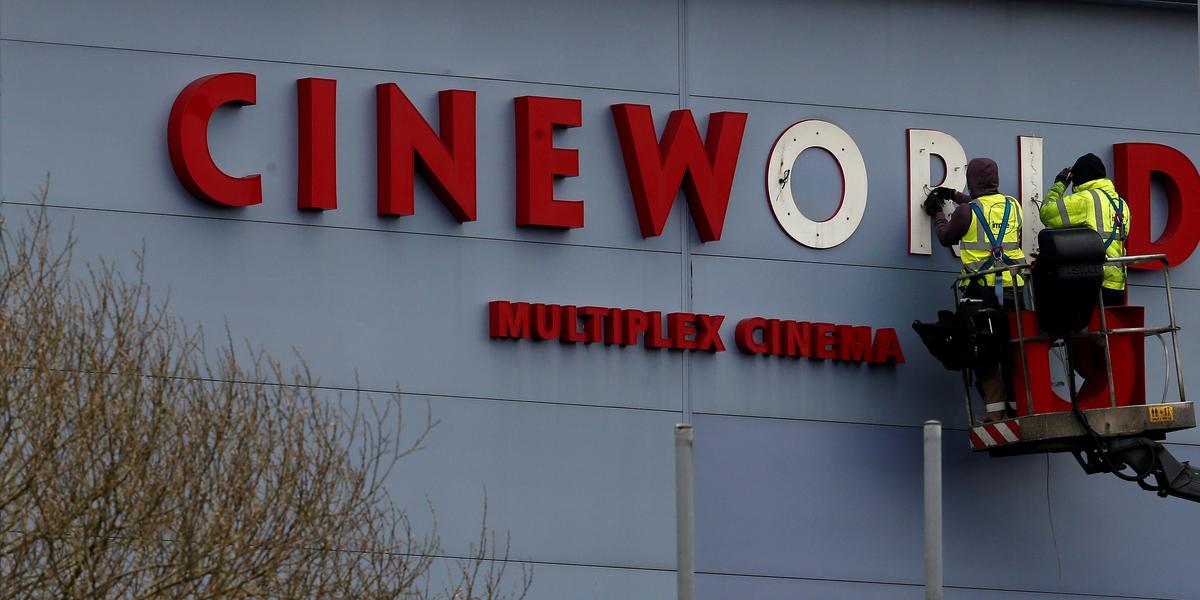 LONDON (Reuters) – British cinema operator Cineworld (CINE.L) said on Thursday it could breach the terms of its existing debt arrangements under a worst case scenario for the impact of the coronavirus over the next few months, sending its shares down 20%.

The company, whose biggest shareholder sold a part of Cineworld’s stake last week to refinance debt, has been grappling with worries about the potential impact of the coronavirus on box office attendance as the epidemic shows no signs of slowing.

The company said the downside scenario, in which it would close all cinemas for between one and three months, was currently considered unlikely but “would indicate the existence of a material uncertainty which may cast significant doubt about the Group’s ability to continue as a going concern.”

The company said the analysis did not take account of the fact that in case of widespread site closures, films scheduled to be released during this period could be moved to later in 2020.

Cineworld is saddled with $3.5 billion in debt, excluding leases, as it begins to pay for its takeover of Canadian chain Cineplex (CGX.TO).

It reiterated that it had not yet seen any material impact on its movie theatre admissions from the outbreak, but the company still faced the possibility of fewer movie-goers from the delay of the new James Bond film.

Analysts at brokerage Jefferies had previously estimated that the company was burning around $115 million monthly and had $470 million in readily available cash and could deal with four months of the unlikely scenario of all cinemas being closed completely.

Reporting by Patrick Graham and Tanishaa Nadkar in Bengaluru; Editing by Anil D’Silva