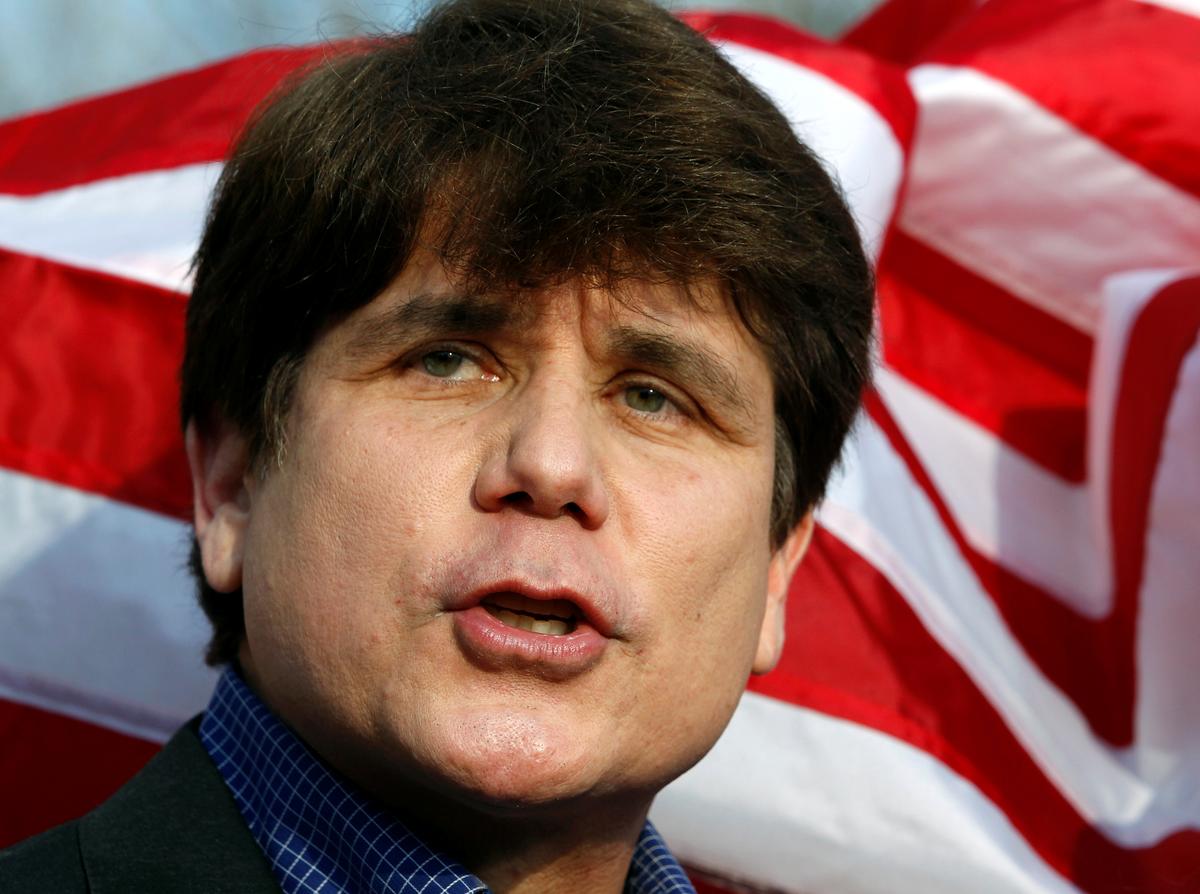 Trump also pardoned Michael Milken, once considered Wall Street’s “junk bond king,” and six others, and commuted the sentences of another three people. The people had been convicted on charges ranging from defrauding the federal government to theft.

Blagojevich, a Democrat who appeared on Trump’s “Celebrity Apprentice” reality television show while awaiting trial, began serving a 14-year sentence in 2012 after being convicted of wire fraud, extortion and soliciting bribes while governor.

“That was a tremendously powerful, ridiculous sentence,” said Republican Trump, a real estate developer who produced the show before running for president.

Blagojevich, 63, was removed from office in 2009 after prosecutors said he tried to sell or trade the U.S. Senate seat Obama vacated after winning the 2008 presidential election.

Trump’s decision was criticized by both Democrats and Republicans, although some Democrats supported the move.

“Blagojevich is the face of public corruption in Illinois, and not once has he shown any remorse for his clear and documented record of egregious crimes that undermined the trust placed in him by voters,” five Republican congressmen from the state said in a joint statement.

Trump’s pardons come two days before the expected sentencing of his long-time friend Roger Stone on Thursday, amid speculation the president could pardon him as well.

“The pardoning of these disgraced figures should be treated as another national scandal by a lawless executive,” said Democratic Representative Bill Pascrell, referring to Blagojevich and Milken.

Milken was indicted in 1989 in an insider trading probe. After pleading guilty to securities violations, he paid $1.1 billion and served about two years in prison.

Since then has headed the non-profit Milken Institute, focusing on a wide span of research, including curing cancer, public health, aging, California and financial markets. Each year the titans of finance flock to the Milken Institute Global Conference, where fund managers and marketers woo prospective investors and philanthropies make pitches for funding.

“We have Mike Milken who’s gone around and done an incredible job for the world with all of his research on cancer,” Trump told reporters in Washington. “He paid a big price, paid a very tough price.”

Kerik, an ally of former New York City Mayor and Trump lawyer Rudolph Giuliani, was a leader in the city’s response to the Sept. 11, 2001, attacks. His career unraveled when he tried to conceal apartment renovations paid for by a contractor that the city had blacklisted because of suspected ties to organized crime.

Kerik pleaded guilty to hiding the renovations from the tax-collecting Internal Revenue Service and lying to White House officials while being vetted to lead the Homeland Security Department under President George W. Bush. He was freed in May 2013.

Trump also pardoned Eddie DeBartolo Jr., the former owner of the San Francisco 49ers football team. He pleaded guilty in 1998 to failing to report a felony regarding payment demanded for a riverboat casino license in a bribery scheme.

Others pardoned include entrepreneur Ariel Friedler, who pleaded guilty to conspiracy to access a protected computer; former contractor Paul Pogue, who was accused of tax fraud; David Safavian, the top U.S. government procurement officer who lied about ties to lobbyist Jack Abramoff, himself convicted of bribery; and Angela Stanton, who was implicated in a 2007 stolen vehicle ring.

Trump also commuted the sentences of three women, two convicted on drug charges and one on charges of defrauding the federal government through her healthcare company.