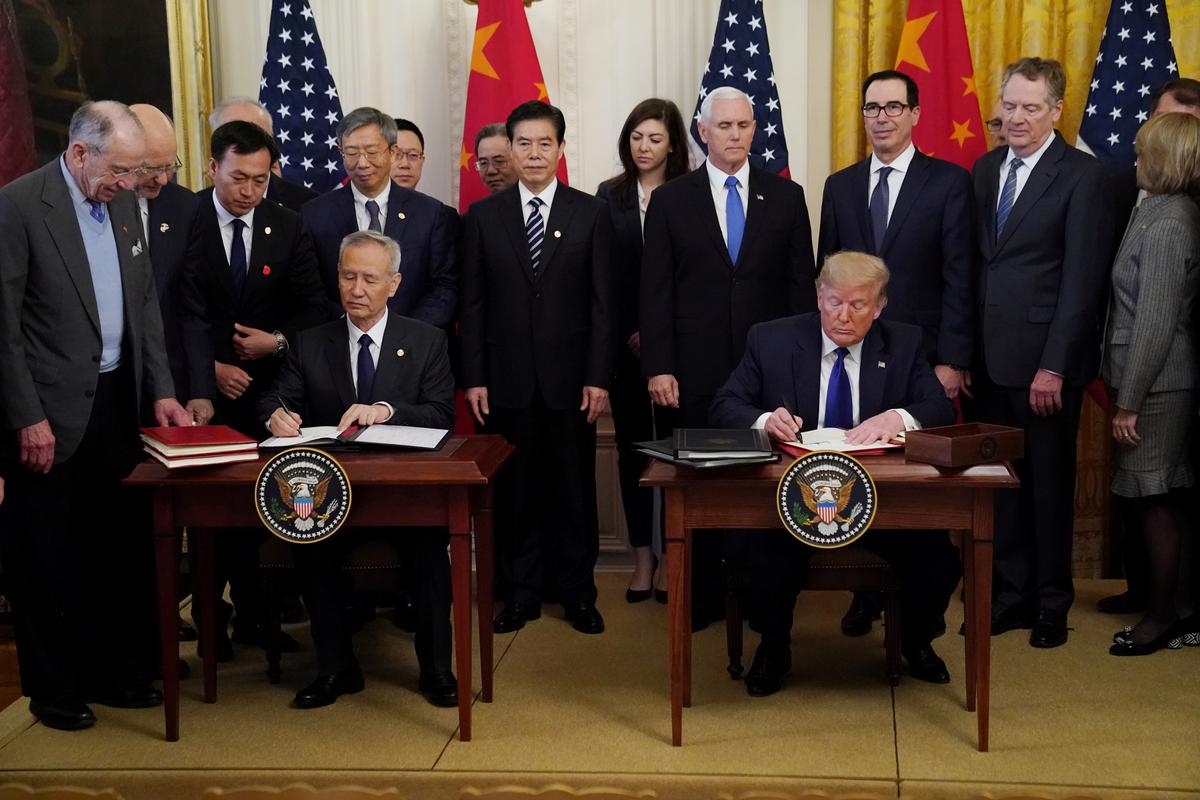 FILE PHOTO: Chinese Vice Premier Liu He and U.S. President Donald Trump sign “phase one” of the U.S.-China trade agreement during a ceremony in the East Room of the White House in Washington, U.S., January 15, 2020. REUTERS/Kevin Lamarque/File Photo

WASHINGTON (Reuters) – U.S. President Donald Trump on Tuesday blasted proposed restrictions on trade with China and said national security cannot be used as an “excuse” to make it difficult for foreign countries to buy U.S. products.

The series of tweets was an apparent reference to reports over the weekend that the U.S. government is considering whether to block General Electric Co (GE.N) from continuing to supply engines for a new Chinese passenger jet.

Washington is also eyeing limits on other components for Chinese commercial aircraft such as flight control systems made by Honeywell International Inc (HON.N).

Center to the possible crackdown on the sale of U.S. parts to China’s aircraft industry is whether shipments could fuel the rise of a serious competitor to U.S.-based Boeing Co (BA.N) or boost China’s military capabilities.

“The United States cannot, & will not, become such a difficult place to deal with in terms of foreign countries buying our product, including for the always used National Security excuse, that our companies will be forced to leave in order to remain competitive,” Trump wrote on Twitter.

“As an example, I want China to buy our jet engines, the best in the World,” he added.

Trump did not identify the restrictions. The White House did not immediately respond to a request for comment.